Kudos to My Child Bride – she planned the event entirely. And we paid for the entire soiree ourselves. No debt was incurred. 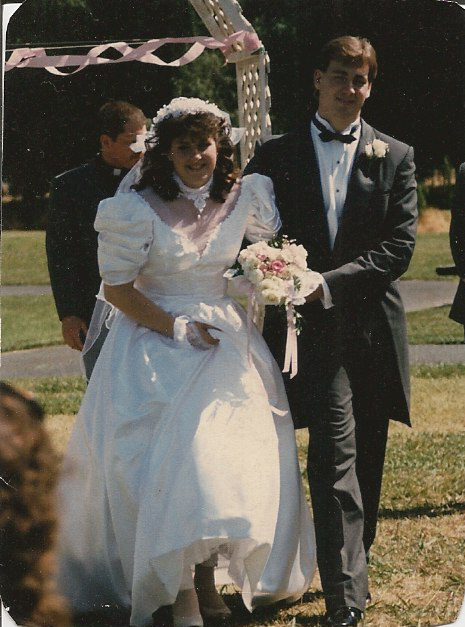 Heaven forbid that I attempt to dis-assemble the wedding photo album, least I be unable so re-assemble it, so I just grabbed a small framed shot from the nightstand. Keep in mind, kids, that digital photography was nearly a decade, and almost a new century, away. We were still marveling at the new-found utility of the wheel, and fire.

It’s true: ♫ The prettiest girl in the world likes to sleep when I drive…♫