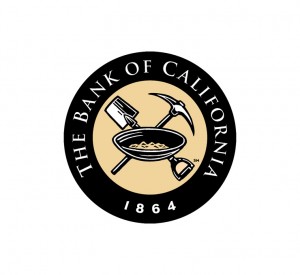 I received a charming call from a national GOP fundraiser on Saturday asking me to ‘renew‘ my commitment to the National Party. I demurred, making certain that she understood that while I had contributed to the Presidential campaign in the general election, I was dissatisfied with the national party’s efforts across all fronts: Congressional, Senatorial, and the Presidential races. We lost seats in the House, didn’t gain any ground in the Senate, and of course lost the Presidential campaign.

Further, what was the national party doing for Republicans in California? Once again, we lost both Assembly and Senate seats, in fact falling so far as to gift wrap a Super Majority in both California Houses for Democrats. The national party did nothing – nothing – for Republican US Senate candidate Elizabeth Emken – with incumbent Dianne Feinstein sitting at below 50% in the polls, a modicum of effort *might* have narrowed the gap. The majority of Mrs. Emken’s electoral deficiencies were due to name recognition. Some state-wide TV spots could have gone a long way to making the race competitive.

Where was the national GOP?

Where was the National Republican Senatorial Committee? (well – they walked away, because the primary candidate they endorsed lost. They’ve got  quite a track record!)

The knock on the GOP in California is that it is a party incapable of winning. An organization that is completely lost. And that’s a fair assessment. It might even be considerably worse than that. But why not try to fix it? Aw, it’s just too hard. Just give us your money, and we’ll make it work nationally!

And this is the tact that the fundraiser took with me. “We need your help to make sure that we take the gavel away from Harry Reid, and to protect the country from Nancy Pelosi!”

Well, certainly. But there are a lot of congressional seats in California that the party just lost. You want to stop Nancy Pelosi? Why don’t we try to run a candidate against her, and support that candidate?

But really what happens is that candidates breeze in, raise an obscene amount of money and then go enrich campaign professionals and advertising brokers. That’s where our money goes – not to change policy, but to make the careers of campaign staff and ad-men. And what changes for Californians? Nothing. Things get worse.

Clearly the national party thinks California is lost – if they don’t want to help us in California, then let’s keep our money here, and at least try to fix it ourselves. You don’t help us, we don’t help you. We’re done being your ATM. Go get your money somewhere else.