I know exactly where I was at when I first heard that an aircraft had crashed into the World Trade Center.

It was right before 6:00AM Pacific Daylight Time, and I was listening to The Rise Guys on Sports 1140 in Sacramento. I was in the middle of of my 30 plus mile commute from El Dorado Hills, and I was thinking I was late.

I was late because we were not getting our usual amount of sleep. Our first born had arrived at the end of June, and we  were acclimating to her new schedule.

In fact, everything was new to us. After 15 years of marriage, we had just welcomed our first child, and the world was brand new to us again, like it never had been before. We’ve always been pretty optimistic, but there just seemed to be unlimited potential in front of us as we took our first tentative steps into parenthood.

My Child Bride was on maternity leave, and I was on my way into work when Whitey Gleason reported, somewhat doubtingly, that a plane had crashed into the World Trade Center.

Our office had a rather strict rule about personal items at our desks, and radios were strictly prohibited. I was granted some leeway, as I frequently worked early morning or late evenings on a plethora of IT projects. Still, not wanting to abuse my privilege, I left the radio off.

And then, other employees started arriving and the tales grew grimmer by the minute. A second plane? The Pentagon? Hijackings? What the hell?

The Agency owner arrived later and instructed us – if you have a radio, turn it on now. We all checked in with different stations, and the news was confusing, but consistent.

It had finally happened. They did it here.

Thousands of Americans – just going to work, or traveling across the country. Killed. Savagely. Without warning. Except for the years of warnings that had gone ignored. Or answered with a couple of cruise missiles, lobbed into the wilds, the way most people would swat at a bug

By the time I arrived home that afternoon, my 2 month old Daughter was sleeping in her crib. My Wife and I embraced, wordlessly, tears in her by now very red eyes. Who knew what would come tomorrow? Or next week? What sort of savagery would our country fall prey to in my young daughter’s very first years?

Eight years later, and it seems that the date is almost an asterisk. ‘Oh, yeah… that‘.

It hurts to remember. It’s painful.

But we need to remember. We cannot wash away that pain. We need to hold on to it. It needs to burn and fester, because the work before us is so immense.

We won World War Two in a few years. But we were fighting countries, not anonymous individuals spread across the globe, plotting to visit terror upon us. Easily defined targets are one thing – this is another. This will not be over for decades. And we need to see it through.

George W. Bush wasn’t really my guy in 2000. Sure, he was my guy compared to Al Gore. Whatever his other errors, I, for one, am grateful that it was he that day, at that time. I doubt that what lay before him was something that he or his advisors had contemplated, at least to the degree that they now faced. I saw him grow into the crisis that confronted him. And he was doggedly resolute. What he said later to those firefighters in New York with the bullhorn, were probably the most inspiring words in the face of a crisis that I think I have ever heard.

So look at the images from that day. Listen to those voices. Listen to see if you can hear the cries of those innocents that were silenced that horrible day. They are calling to each of us.

Remember what no one will show you now. People confronted with an inferno so hellish, that they could rationalize leaping out of an 80th floor window as a better option?

You shouldn’t want to forget. 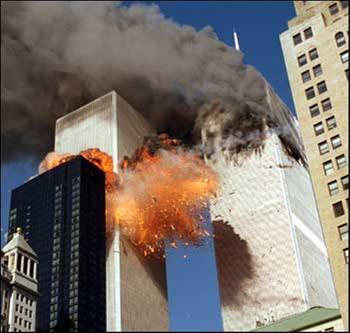 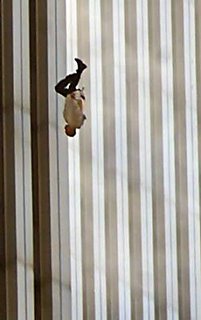 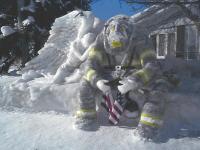 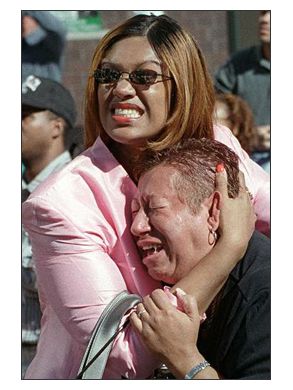 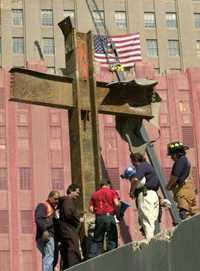 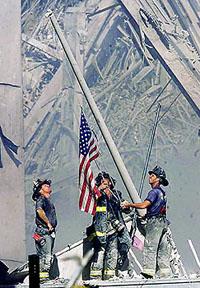 1 thought on “You shouldn’t want to forget”