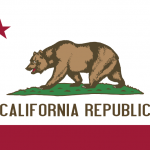 California has a long history with the ballot initiative process. Most famously, Proposition 13’s passage in 1978 heralded the Tax reform wave that swept the nation in the 1980s. Proposition 13 however, impacted  how the state collected revenue, but it did not impact how the state could spend tax dollars.

The larger history of the California referendum process involves the the spending of state dollars. Bond sales feature prominently in these these ballot initiatives, always couched in a “Hey, wouldn’t it be great if we could…” sentimentality.  Stem cell research. High Speed Rail. Mandatory School Spending. California First 5 (Proposition 10).

Frequently, these ballot measures result from the California Legislature’s abject failure to do their jobs. If there is a remote possibility that legislation will not pass the assembly of the elected representatives of the people, there is a mad sprint to the ballot. Framing an issue that couldn’t pass the review of the legislative electoral body as the “will of the people” in a ballot measure proved to be successful in enacting desired legislation. Further, this has the added benefit of shielding legislators from being responsible for their votes.

Often attempted, but never successful in the modern California political era, several tax increase measures are targeted for the 2012 California ballot. Governor Brown has modified his income tax increase (higher taxes on millionaires, i.e. $250K earners – and a quarter cent sales tax increase) to bring a competing tax increase measure into his efforts. Los Angeles lawyer Molly Munger’s efforts, which she has already funded to the tune of  nearly $6 million (and is prepared to spend much more on) is looking to fund education by increasing income taxes on all Californians.

Peter Schrag notes in California Progress Report, that Munger refuses to step aside so that Brown’s tax increase measure can continue unfettered by the competing measure. However, as Schrag observes

The gimmicks in Brown’s proposal are not all bad. In California’s strait jacketed fiscal system and its dysfunctional initiative-driven governmental processes, almost every inch of wiggle-room is probably a good thing.

There are several assumptions here. Tax increases regularly fail as a ballot initiative. Competing tax increase initiatives would be bound to fail. However, Brown, as he has proven in two centuries, is an effective campaigner. If he ties some spending reform to his offering, it might be enough to get some buy in from average Californians. Coupled with the concept of taxing “someone else“, those insensitive millionaires who simply don’t pay their fair share, Brown might garner enough movement in the electorate to get his measure through a general election. Especially since California’s budget gap continues to grow apace. Further bad numbers in respect to the budget deficit as June approaches might convince enough voters that something must be done to solve the decade long budget shortfall. If that something is a tax increase that the voter can inflict on someone else,  a villain that Brown can define, like a millionaire, it makes it all the more palatable. Ignore, for the moment, that Governor Brown’s Tax measure as currently constituted will not even cover the existing deficit.

Munger’s plan, while targeting all Californians, effectively pulls at the heart strings of funding education. If there has been one thing Californians have pulled the lever for via ballot initiates, it’s Education funding. Never mind that regardless of any increases California has implemented in  education funding, more dollars end up paying for administrators, and the percentage than sees its way to teachers, or measurably, into the classroom, the state’s educational ranking nationally continues to fall.

What happens, if both initiatives pass?

California is a Republic, not a direct democracy. When citizens have an opportunity to spend tax dollars via the ballot initiative, they have and will continue to do so. When Legislators can abdicate their responsibility to spend California’s tax dollars with measured restraint, laying the blame at the feet of the voters, they, too, have and will continue to do so. A not too insignificant portion of California’s budget morass can be found in bond repayment obligations, generally inflicted by well intentioned voters via the ballot initiative.