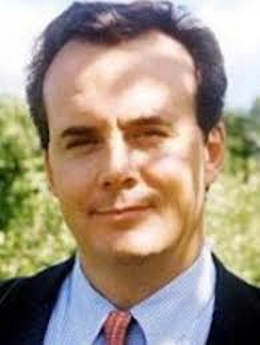 Montgomery McCullough Hord was 46 years old. He was born in Grand Island Nebraska, and raised in Central City Nebraska. He and his wife Lisa Sharp Hord had three children, Molly, and twins Sophie and Jackson. Montgomery was survived by his sisters, Sara Beck and Debra Taylor, and his brothers, Dan Hord, and Stacy Hord

Montgomery was Vice President and Partner of Cantor Fitzgerald in the World Trade Center. He was a fan of the military, and every year on Veterans’ Day and Memorial Day would call and thank his Father in law Fred Sharp for his service in the Air Force in World War II.

A Legacy.com memorial page for Montgomery can be found here

A New York Times portrait of Montgomery can be found here