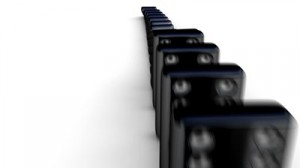 The City of San Bernardino has become the third city in California to file for bankruptcy protection in the past two weeks. Essentially, the city was at a point where they weren’t going to be able to meet their payroll obligations.

Stockton filed for bankruptcy protection in June. With a projected $26 million budget deficit, Stockton became the biggest city in the United States to throw in the towel.

The city of Mammoth Lakes, in a flurry of patriotic exuberance, filed for bankruptcy protection  on July fourth.  The city, with a $19 million dollar annual budget, lost a $30 million judgment in court  that has grown to $43 million (interest and legal fees).

More astronomical: Los Angeles has a $238 million dollar deficit this year. But with a budget of $7 billion they face an unfunded pension liability of $27 billion.

California is Los Angeles, writ large. It is also the United States, writ small. States cannot file bankruptcy. States also cannot print money like the federal government. Something will have to give.

If only California had a ,  , sorry scratch that, $65 billion high speed rail project that can get someone from San Francisco to Los Angeles in 2 hours and 40 minutes with a ticket that costs more than an airline flight that could do the same job in an hour, why, salvation would be right around the corner. 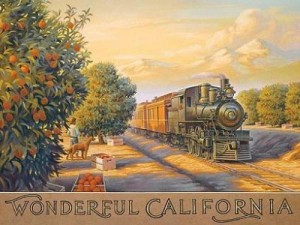