Please review the press release from the Sacramento County Sheriff’s Department regarding the impact of the just passed California Proposition 47.

Our legislators are supposed to weigh and measure the significance of California law and then either create a law, leave it as is, or fix it. That is what all these time and money wasting legislative committees are supposed to be doing: evaluating proposed laws, and passing a recommendation on to the full legislature. Instead we get “placeholder” laws, completely empty of content, which are passed, and then the legislation is added to them after the fact.

But something that will enrage voters, where blame can be assigned, that’s different – our Legislative majority wanted tax increases so badly in 2012, but they were too chicken to simply pass it themselves and suffer the outrage of voters. So they cried to the electorate that we needed higher taxes for kids and schools, and our ‘safety net’, and begged the electorate to pass tax increases via the ballot, so that they couldn’t be blamed.

“Yes, those tax increases are significant, but WE didn’t pass them, the PEOPLE demanded them at the ballot box. Can’t blame us.”

Budgeting and passing laws is their JOB, not the voters’. We are a representative republic, not a direct democracy. When we leave the crafting laws to the teaming masses, moved by some perceived outrage, this is what we get. Instead of doing their damn jobs, legislators pass the buck to the electorate.
Sorry, but we are an ignorant electorate, and we deserve to choke on this crap sandwich we just passed. 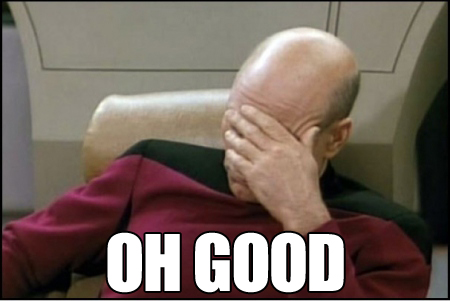 PRESS RELEASE: THE PASSAGE OF PROPOSITION 47

Effective immediately, the passage of Proposition 47 will have the following effects on the custody and policing practices of the Sacramento County Sheriff’s Department:

1. In most instances, many crimes that were previously “arrestable” as a felony will now only be “citable” as a misdemeanor. That means they may not be booked into jail but rather given a citation (similar to a traffic ticket) with a court date to appear, and released in the field. They will not be held pending trial. Such felony crimes that are now misdemeanors include:
• Commercial burglary (theft under $950)
• Forgery and bad checks (under $950 value)
• Theft of most firearms
• Theft of a vehicle (under $950 value)
• Possession of stolen property (under $950 value)
• Possession of heroin, cocaine, illegal prescriptions, concentrated cannabis, and methamphetamine

2. Inmates awaiting trial on any of the above felony charges in most instances will be able to have their charges immediately reduced to the new misdemeanor level, and will be let out of jail on a citation. A determination as to each person’s eligibility is somewhat time consuming, but could result in up to 420 releases.

3. Inmates who are sentenced on the above felonies can petition the court for reduction of their felony convictions to misdemeanors and many of them would be also be eligible for immediate release.

4. Convicted felons with the above felonies in their history can petition the court to have their prior felony convictions reduced to misdemeanors. If successful, many of the prohibitions they faced would then be reinstated, such as the right to vote, the right to purchase a handgun, the ability to apply as a peace officer, etc.